Esports is a rapidly growing industry that has attracted the attention of high-profile investors and the general public alike. Recent eSports tournaments have drawn viewership numbers that have exceeded average viewership for the NBA Finals, the World Series, and the Stanley Cup Finals combined. Also aiding the expansion of the eSports industry is investment by famous investors such as Jerry Jones and Mark Cuban.

Against this backdrop, we take a close look at the eSports industry through the lens of valuation. Valuation of a company involves three primary factors: risk, growth, and cash flow. Esports is a relatively new industry that hasn’t matured yet. As a young industry, there is both risk and growth potential. The industry has not yet proven that it has a sustainable, cash flow generating business model.

Whitepapers in This Series 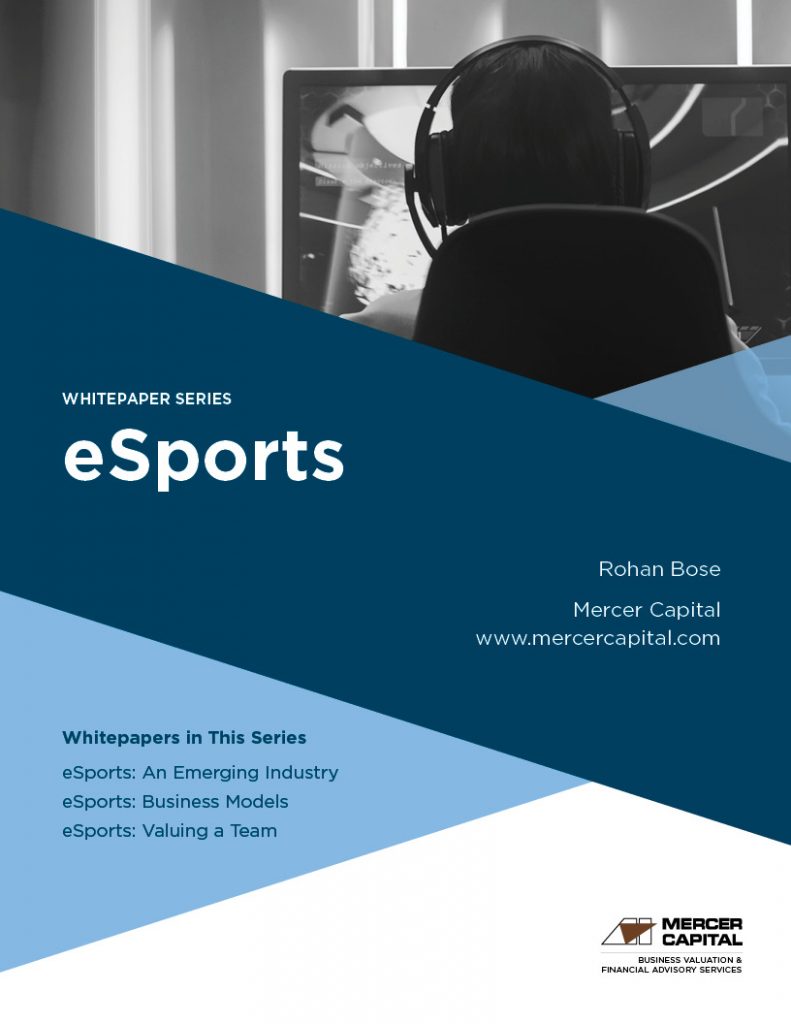