The weighted average cost of capital is a critical component of any business valuation. While there is wide agreement regarding the basic building blocks of the WACC, there is much less agreement regarding how to estimate those components. Much appraiser ink has been spilled over the past two decades describing how to estimate specific components, sometimes in excruciating detail. But has increasing precision done anything to promote accuracy?

In the webinar, Travis explored ways to bring market evidence to bear in evaluating the reasonableness of WACC estimates. Topics of discussion included, but were not limited to: 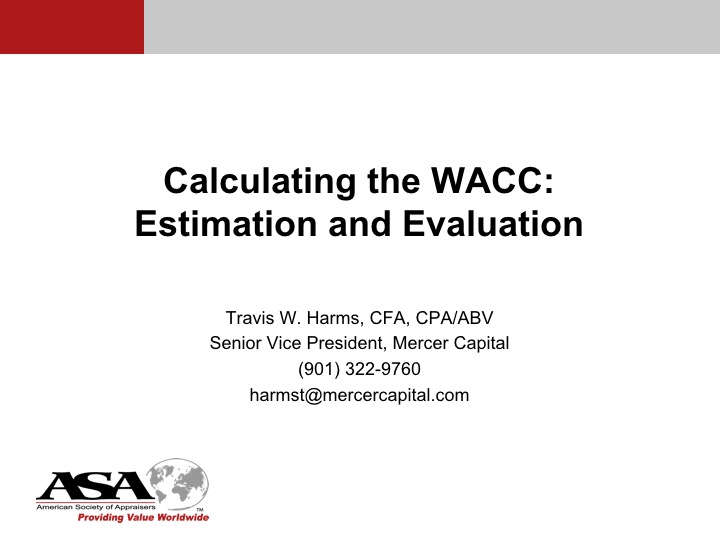