In March 2016, Jonathan Goldsmith retired from a long advertising stint for Dos Equis beer as the Most Interesting Man in the World with a final commercial in which he was sent on a one-way trip to Mars. The same month Elon Musk, arguably the most interesting man in global business then and now, was laying the ground work for the merger of Telsa, Inc. (NASDAQ: TSLA) and SolarCity Corporation of which he owned about 22% of both companies.

Fairness as an adjective means what is just, equitable, legitimate and consistent with rules and standards. As it relates to transactions, fairness is like valuation in that it is a range concept: transactions may not be fair, a close call, fair or very fair.

This presentation looks at the issues raised by plaintiffs who alleged Musk orchestrated the deal to bail-out SolarCity, and how the Delaware Court of Chancery ruled on the issues on April 27. 2022 under the entire fairness standard rather than deferential business judgment rule. 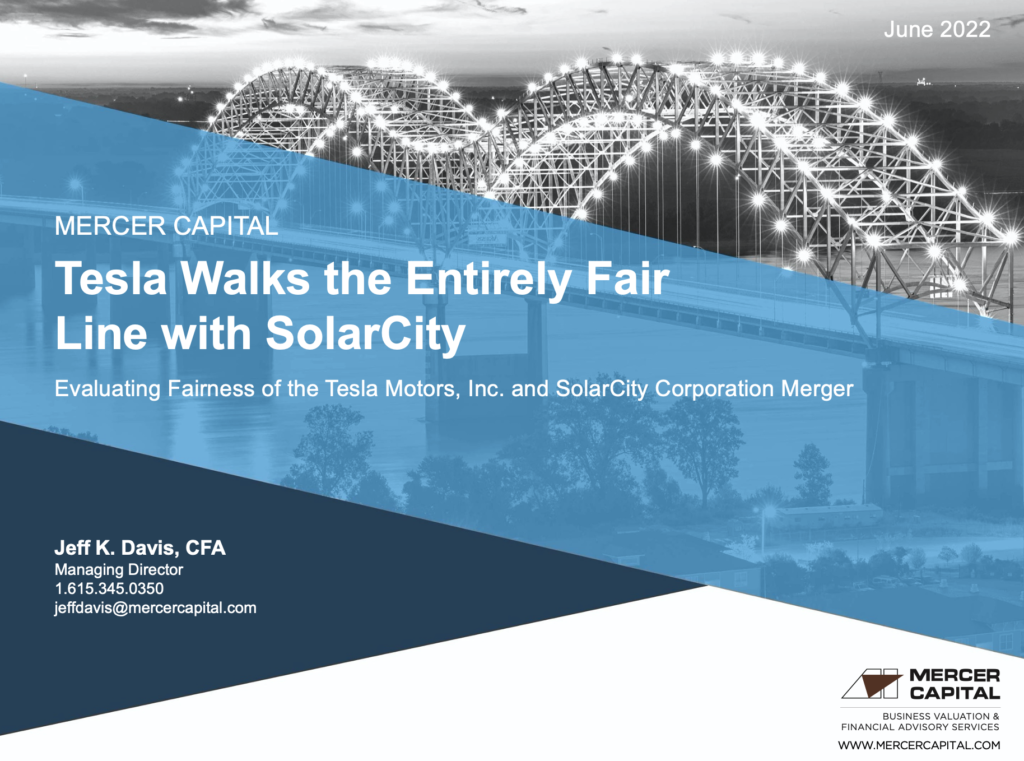