Appeal from the Circuit Court for Shelby County January 16, 2019

This divorce involved issues of property division and alimony, among others. Husband worked for his father’s railroad construction business (the “Company”) since turning 18 years old and eventually was named Vice President, a position which he held for the duration of the marriage. Wife was employed in the health insurance industry, however, stopped employment in 2009 and did not work outside of the home over the remainder of the marriage. Wife filed a complaint for divorce in January 2014, and the trial court entered an amended final divorce decree in July 2017.

A key issue in the appeal involved Husband’s salary and payments received from the Company. For background, in 2006, Husband’s Grandfather purchased several unimproved parcels of land for a new business location. Grandfather titled these properties in his name and Husband’s name as joint tenants with rights of survivorship. In 2010, the Company began operating the new location from this property and began paying rent to Husband and Grandfather. Husband received a salary from the Company in addition to the rent payment income. The Company also covered several personal expenses for Husband and his family such as property taxes on the marital residence, uncovered medical expenses, family dining expenses, groceries, clothing, furniture, and travel expenses. After the divorce complaint was filed, Grandfather reduced annual rent payment from the Company to Husband from $180,000 per year to $2,400 per year. Grandfather also stopped paying for Husband’s health insurance policy and other expenses.

During the trial, Wife retained a forensic accountant and economist to calculate Husband’s income for purposes of alimony and child support. Wife’s expert calculated Husband’s total annual income as either $285,993 or $216,958, dependent upon if rent was received at historical levels or a reduced rate based on fair market rental value. In the trial court determination, Husband’s income was set at $188,488 per year based on the fair market rental value calculated by Husband’s appraiser and value of personal expenses covered by the Company as calculated by Wife’s expert witness. The trial court ordered Husband to pay $1,332 in monthly child support and the children’s private school tuition. Wife was awarded alimony in futuro of $1,500 per month until the parties’ twins graduate from high school at which time the alimony would increase to $2,832 per month for ten additional years. As for the business interest valuation, the court was unable to conclusively determine whether Husband had any ownership interest in the Company. There was (potential) evidence that suggested a 10% ownership interest in the Company, but the weight of the evidence suggested that he did not in fact own any interest in the business.

On appeal, Husband raised the issue of whether the trial court erred in determining Husband’s income for purposes of alimony and child support and in setting the amount of alimony, among other issues. According to the opinion, Husband did not present any analysis of the statutory factors to be considered when awarding alimony or include any discussion of the types of alimony. He did not provide any indication of what he thought an appropriate amount for his income would be. Husband rather argues that the trial court erred in “imputing to him the rental and other forms of income.” In its determination of Husband’s income and ability to pay, the trial court found it appropriate to consider Husband’s base salary of $78,500 in addition to the fair rental value of the property and the amount of personal expenses the Company paid for Husband. The Court notes that this is reasonable given that Husband received a salary of over $250,000 in the three years prior to the divorce. Ultimately, the Court found no error in the trial court’s determination of Husband’s monthly income.

As shown in this case, the testimony of an expert witness can significantly assist in the court’s determination of need and ability to pay, as well as historical earnings and “true income” in its decisions regarding spousal support. An experienced forensic accountant can provide a detailed analysis of income that accounts for all relevant sources of income.

Karolina Calhoun, Vice President at Mercer Capital, has been involved with hundreds of valuation and litigation support engagements in a diverse range of industries on local, national and international levels. Prior to joining Mercer Capital, ... 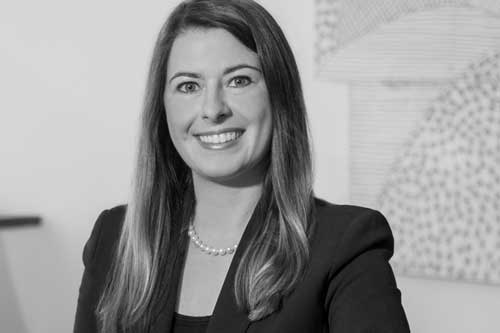