Financial Reporting Fallacy: The Whole May Appear Healthier Than the Parts

When it comes to financial reporting, an example of this fallacy would be assuming that goodwill cannot be impaired unless the company’s shares are trading below book value.  This is a tempting fallacy–especially as the U.S. economy is continuing a long expansion, companies are posting solid earnings, and valuations are reaching new highs.  The S&P 500 increased 19% in 2017 and the Nasdaq was up 28%.  In these market conditions, goodwill impairment probably does not seem like a pressing concern.  After all, goodwill is considered impaired only when fair value drops below carrying value, right?  While this is true, accounting standards require that goodwill be tested for impairment at the reporting unit level.  Impairment relates to a reporting unit’s ability to generate cash flows.  This means that a company’s goodwill can be impaired at the reporting unit level, even as its stock trades above book value.

This was the case for multinational conglomerate General Electric last year.  GE had a tumultuous 2017 as the company’s CEO and CFO departed, the dividend was cut, and a corporate restructuring was announced.  The salient event for the purposes of this article is a $947 million impairment loss recorded in its Power Conversion Unit during the third quarter of 2017.  This unit is what became of GE’s 2011 $3.2 billion acquisition of Converteam, an electrical engineering company.  According to the company’s 2017 annual report, the causes for this impairment included downturns in marine and oil and gas markets, pricing and cost pressures, and increased competition.  GE’s stock felt the turmoil, falling 42% in 2017.  Shares traded at $17.25 at their lowest point, implying a market capitalization of $150.5 billion.  But even at this point, GE’s stock was not trading below book value ($64.3 billion at the end of 2017).  GE’s market value exceeded book value of equity by $86.2 billion.  So while impairment and market value/share price are related, it is not safe to assume that there is no impairment if the stock trades above book value. Another notable example is CVS Health.  The company made headlines with one of the largest mergers of the year when it announced the acquisition of insurer Aetna, Inc. for $69 billion in December 2017.  A smaller, less widely reported transaction transpired in November when the company announced the sale of its RxCrossroads reporting unit to McKesson Corp. for $735 million.  This unit was part of CVS’s 2015 acquisition of nursing home pharmacy Omnicare, Inc. and provided reimbursement assistance and sales operation support, among other services.  In the second quarter of 2017, CVS recognized a $135 million impairment  charge related to this reporting unit.  As with GE, CVS never traded below book value.  CVS stock declined approximately 8% in 2017 and hit a low of $66.45 on November 6.  The market capitalization at this point was approximately $67.7 billion.  The book value of CVS equity was $34.9 billion at September 30, 2017 and
$37.7 billion at year-end. The above examples expose the fallacious idea that a company can avoid impairment charges simply because its stock trades above book value.  That is not to say that there is no relationship between the two; an impairment charge can certainly signal the market and affect share price, or a decline in share price may foreshadow an impending impairment charge.  Because goodwill must be tested for impairment at the reporting unit level, impairment may occur even when the company’s market cap exceeds book value. 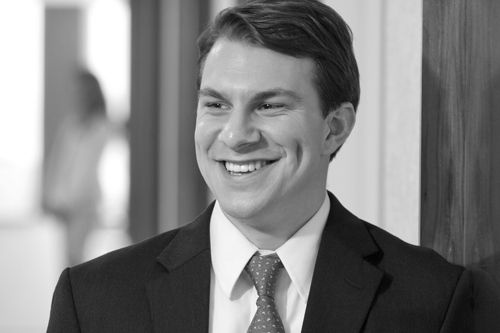